Aboard the Cameronia, the ship the men from Penetang boarded in Halifax to travel to England and World War 1
Same Trip, up in front of the Pilot house, the men having donned their lifejackets
Men relaxing on the Deck.
The Cameronia

These pictures are found at the University of Victoria Archives. They are of the Canadian Soldiers on-board the Cameronia. This is the very voyage the "Men from Penetang" were on when they headed to Europe and the First World War. 📷SS Cameronia. The weather was fully changed to autumn, as I am sure the men would have known, still under canvas at this time of the year. Electricity must have gone through the camp, when in mid-October, the men at Camp Borden received their orders to board trains and head overseas.

Approximate route of the train from Base Borden to Halifax

Back in Canada, October 13th saw the men packing up and leaving for Europe. According to the diary of Ernest Nelson of Collingwood, they were all excited to be joining the war. Spending their nights under canvas and days training must have been hard on the men, especially the older fellows. The men boarded a train at the base, but not before some last-minute dodgers tried to desert. At least one was returned and the men were off. Unlike those who went AWOL in a war zone, they were pardoned of their offence. (No firing squad for them) Crowds gathered along the route in Allendale and Toronto. As the train traveled through Quebec, it was noted that the Quebec bridge that was wrecked was still noticeable, the bridge has collapsed almost ten years earlier. On October 15th, they were in the Maritimes Campbellton New Brunswick where they got off the train and did some physical training. Re-embarking, they were past Bathurst and Newcastle, Truro Nova Scotia, and on to Halifax. This was just a few months before the Halifax explosion and the city was still pristine. It was raining on the 17th when they embarked on the Cameronia. They would spend a couple of nights on board in the harbour waiting for the other ships in their convoy to be loaded with men. In the early days of travel, the men sang and danced and drank, until the ship began to sway as the October weather showed its nature the enthusiasm dropped. The men were drilled on the calm days, and on the rough days they bounced along the hallways just getting to the canteen. On the 24th the weather was quite bad with a rogue wave striking the ship, scaring some into believing they were struck by a torpedo. Approaching England and sub infested waters, the men were instructed to line the rails and look for submarines. Most of the men were on the deck looking for submarines when a friendly submarine destroyer arrived to escort the ships into port. Three shots were fired before order could be restored. On the 27th there was a bad storm, most of the liquor on board became casualties resulting in the ship stinking of booze. Luckily they were almost done the crossing. On the 28th they woke up in Liverpool England, and the crossing of the ocean was complete. They disembarked and were off to Whitley camp, marching two miles and arriving late at night. Once again they were under canvas, housed in tents in the cold days of October. They spent a few weeks training at Bramshott England.

The Dissolution of the 157th

The men would see many changes upon arrival in Europe. Stationed at Bramshott they would find a bustling base complete with horse and lorries. Wilbur Cascagnette would be thrown from a horse and have prolonged injuries from that event. Things would also change for the men from Penetang. It was believed that the 157th would stay together, but the decision was made to fold the 157th into other units before going to war. Upon arrival in England, the 157th was divided with most of the men of Penetang being transferred to the 1st and 116th Battalions.

Soon after they were transferred, Noble Braden and Cory Norton were promoted to Lance-corporals.

The men were also transferred to The 1st Battalion. The First was at that time a veteran battalion and needed replacements which they received from the 157th.

Transferred to the 1st Battalion:

Some would obtain additional training and become sappers or Gunners. Transferred to the 2nd CRT: Frederick Shurgold sapper, to the155th: Robert Beaulieu, to the 177th:Wilbert Joseph Casquenett and John Cummings. To the Machine Gun corp: William Ernest Lalonde,Christopher Murklin to the 9th CRT: Olivier Marchildon and to the 14th: were David Harold Shanahan

Shortly after arriving in England Wilbert Casquenett fell off a horse and would be bothered by his injuries for quite some time. The fall of 1917 was a busy one. Now in Europe, the men enlisted in Penetang would see their first action in the winter. Housed in the berths of the Cameronia for the trip across, the men would once again be in canvas huts at Bramshott.

Aboard the Cameronia on the way to England

In February the 116th were preparing to go to France, on the 8th they were warned to be ready to move out and on the 11th of February, a year and a day since many of them enlisted they were loaded onto trains. It doesn’t seem possible that one year would be enough training for what they would see, but in truth, could they ever be ready?

Norman Beauchamp and Arthur Capistrand would not make the trip, both were racked with rheumatism being exposed to the wet and cold making it very painful to get around.

The rest of the men now of the 116th Battalion were loaded into cattle cars at one-ten in the morning going from west coast of England to the east coast of England. There they boarded His Majesty’s Transport “Victoria” bound for Boulogne. After a short crossing, they arrived in Boulogne and they would march 5 Kilometers to St Martin’s camp where they were housed once again in tents.

Once again, they would board trains at night, arriving in Houdain the next morning. Most of the men only knew they were, “somewhere in France” as their exact location was not divulged to them. 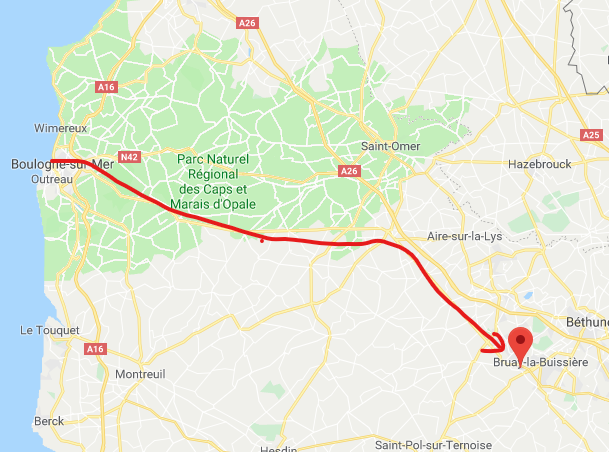 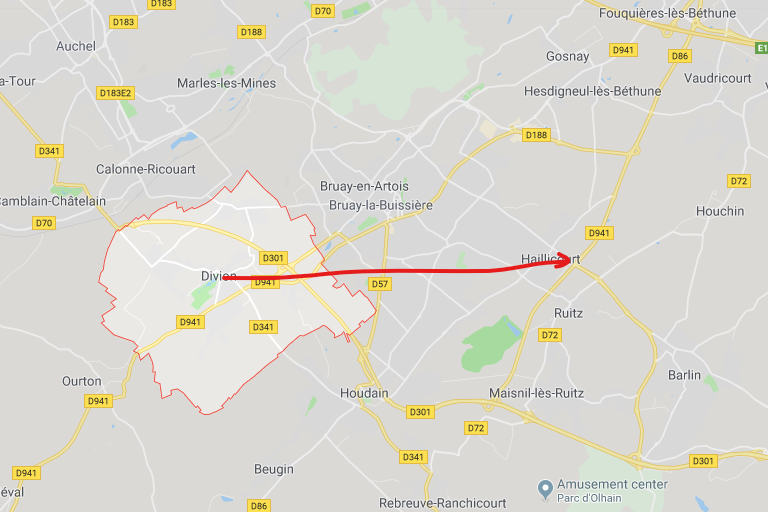 They were one night in Divion and were on to Haillicourt. In Haillicourt they could clearly hear the guns on the front lines, they were in a war zone. At night they could see the flares above the front lines. The men were inspected by Major General Lipsett and Lieutenant-General Byng and were complimented on their appearance.

The 116th was to be folded into four divisions of troops that were experienced on the line.

A. The company was to go to the 58th Battalion (From Niagara);

B. Company to the 60th Battalion(Montreal);

C. Company to the 43rd Battalion(Winnipeg);

The 116th would eventually take over for the 60th, as the 60th would have trouble getting volunteers from Quebec. On the 11th of March, the men moved into the trenches for the first time. Edward Maher and Fred Richardson would take sick and need to be hospitalized.

Back in England after being hospitalized for illness Joseph Blackstock would die in an accident. Being a civilian accident, detail are not readily apparent.

Joseph had a tough go of his time in the service of his country. He spent time in the hospital with pain in his joints, (rheumatism?) and spent months in bed. Joseph had problems that seem to have been beyond that of the medical staff of the time. He was examined for psychological problems and found to be legitimately in pain, but they could not seem to figure out what. It was suggested that he work hard in the gym, possibly suggesting he was simply out of shape.

Shortly after he died in an accident, with little documents to account for it.

He is buried at HASTINGS CEMETERY, SUSSEX with the INSCRIPTION:

GONE BUT NOT FORGOTTEN HOPE TO MEET AGAIN OUR LOVING SON

He would leave a son, Herbert H Blackstock, orphaned in the guardianship of Minnie Hoar.

Winter in the Trenches

The rest of the men would be on the front lines, patrolling or on work duties till the 25th of March when they would be removed to Houdain,

In their time in the trenches, the men had encountered mud up to their knees. This mud caught in their greatcoats and made the men wet and cold. The experienced men on the line told the younger men to cut their coats off at the waist which some of the men did.

On April 5, Wesley Amoe, Noble John Braden, Herman Desroches, Napoleon Picotte, Wilfred MacMillan, George McKeown, Frederick Morin, William Nesbitt all received fines for cutting their greatcoats. The company tailor would be employed for a while repairing the damage. They made up a fair percentage of the 200 or so who cut up their coats.

Charles Hurst would be promoted to Lance Corporal but he did not find it suited him and he would later relinquish the title. This was not an unusual practice. The higher the rank in the trenches the more precarious the assignments. Leading men to their deaths was not something everyone ascribed to. 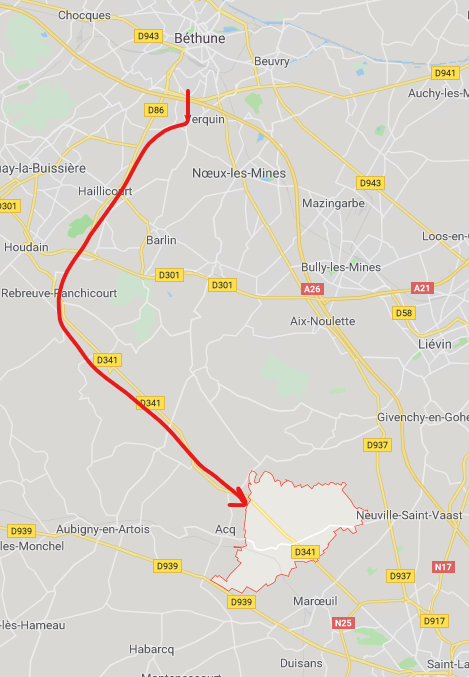 The early part of 1917 the 1st division had similar experiences. In January and February, the men of the 1st Battalion moved in and out of the front lines. By March they were removed and were receiving training. Soon they would be on the attack.

The Men of Penetang. Part 3: Autumn 1916 Preparing for War