The Men of Penetang (Chapter 2)

So a return to World war one and the men of Penetang who fought in it. The men of Penetang were not the only members of the 157th Simcoe Foresters, but for reasons I will reveal later it made sense to focus mostly on them. I will at some point list those who were with the 177th, but for now, just the 157th is listed.

I have included some who did not enlist in Penetang for various reason, but on the most part have stayed focused so the story is more clear. As it is some details elude me. The men enlisted in Penetang, but I know not exactly where, and it would appear they were somewhat a unit in Penetang, but little is available to that end. Normal part of life also come into focus as marriages, accidents, sickness and injuries all crop up in the records. 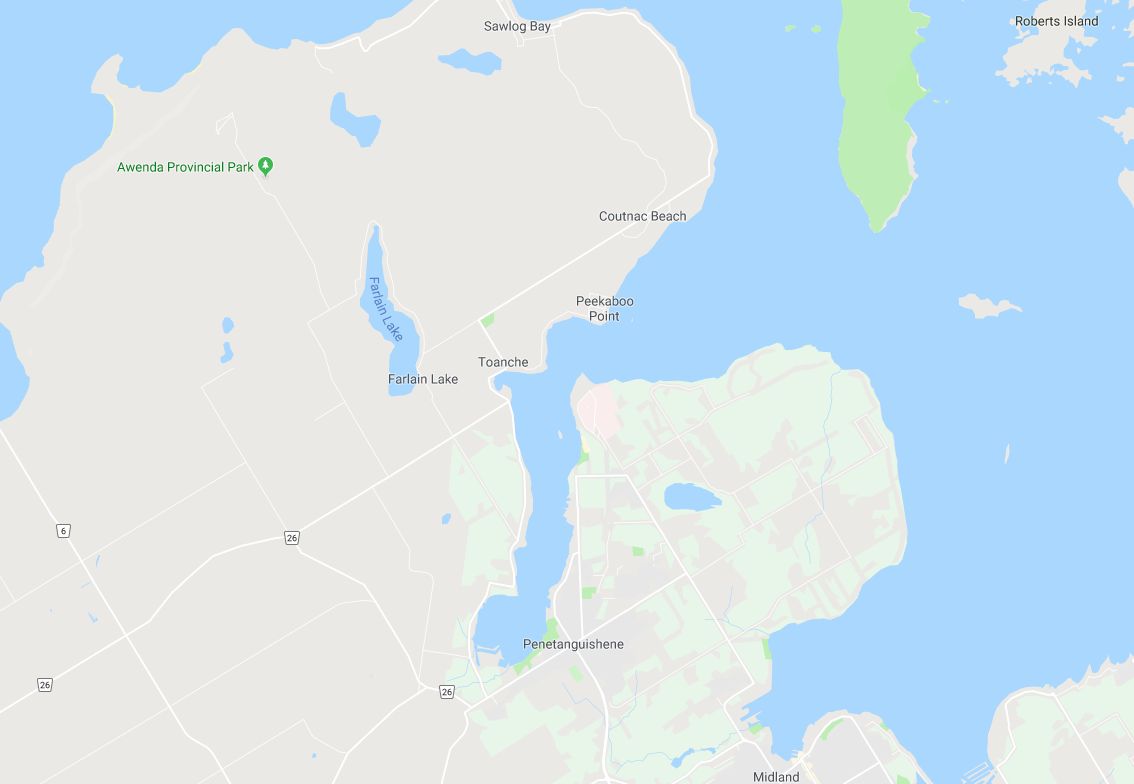 From Penetanguishene To Camp Borden

Continuing the story of the men of Penetang we are going to discuss the recruitment, enlistment and training the men would receive on their way to war. These conditions would not be easy but would be oh so brief. Within a year they would be recruited and trained and be on the front lines of some of the bloodiest battles in history. Simple attestation papers and one page Wills would be filled out...

The 157th and 177th (Simcoe Foresters) were new additions to the Canadian Expeditionary force They were so new their first assignment was to construct a base in Angus, at the time it was called Sandy Plains, renamed Camp Borden. It was very much a camp, as the men were housed in canvas bell tents. Also present at the base were the 47th Flying Wing, a early version of the Canadian Air Force. This would undoubtedly be the first time some of the men had seen planes. (The Wright brothers had taken fist flight in 1903)

Their time in Penetang is still somewhat of a mystery, but they seem to have been a unit in Penetang, although exactly what that meant I do not know. . Details of that time are fleeting but one young man Edward (Frederick) Wilson did not make it to Camp Borden. He woke up with a tooth ache in April and accompanied by Frederick Shurgold, went to Dr Mac Donald, a dentist who had a second floor office, which was accessed by steep staircase. Edward, upon reaching the top of the stairs, fainted and woke up in hospital with back and head injuries. His time in the forces was over just about before it began.

The men from Penetang would be led by Officers A. H. Thompson of Penetang, JL Hogg of Collingwood, John Cummings a Scottish immigrant and George Washington Vansickle of Elmvale who all had previous experience with the 35th Simcoe Foresters rounded out the officers.

In Penetang, on November 1st 1915 enlistment began briskly. Adolphus Amoe, Medore Joseph Dubeau, Charles Hirst, Bruce Gropp, William Nesbitt, George Mckeown, Robert Stratton Lucas,Robert Parker, Joseph Vaillancourt, Neil James MAcMillan, his brother Wilfred Alvin MacMillan and Irvine Brasseur all enlisted with the 157th Battalion at Penetang. Irvine Brasseur would turn out to be a child of 16, and once this was discovered, he being underage, would be returned to Penetang. He would make it overseas before his age was discovered however.

The next day, on the second of November, George Cuthbert Murray enlisted with the 157th in Orillia. Noble John Braden And David Shanahan would join in Penetang.

The next time the enlistment officers were in town, later that month on the 15th of November, James Wellington Brock, followed by James Blackstock on the seventeenth, Charles Kaus (Misinterpreted as Kans in his records) and Charles Day enlisted on the 23rd of November as the trickle continued to grow. Karl Dusome enlisted on November 25th, Arthur Pelltier enlisted on the 27th on November and Edward Patenote (Patenaude?) enlisted on Dec 1st. . Enlistment stopped over Christmas, but reopened on February 5th when Henry Dorion and Ambrose Moreau enlisted.

Then on February 10th 1916, enlistment bulged, more than thirty men made their way to the enlistment office that day. William Baxter and Napoleon Picotte volunteered, or were tasked, to sign as witness to the attestation papers. Baxter signed for Picotte and Picotte signed for Baxter.

Last minute enlistments were made by Earl Stacy on Feb 21st, Victor Sanders Joined on March 18th and Jack Dusome, Henry Roy and Philip Lemieux all enlisted on April 7th, in Penetang, just as the men were preparing to move to Camp Borden. April 22nd saw Charles Scott join. Robert Beaulieu and Joseph Arsene Bellehumeur joined in Barrie and on May 17th William Ernest Lalonde also joined. Later some would be drafted but this rounded out the initial corp from Penetang. (My apologies if I missed anyone, accumulating all this names is the most difficult part)

Some of the men had only just recently emigrated, Frank Anderson was born in Sweden, Bert Atkins and Walter Cornelius, born in England. Arthur Capistrand in Quebec. Henry Hamelin was born in Escanaba Michigan. Some were living in Penetang, some travelled from far away to enlist in Penetang. Some were sailors, many labourers, but postal clerks and railway clerks and stenographers were also counted among the many.

Today, Military recruits are young, many in their teens or early twenties. However, in the first World war, some of the recruits were more mature, some were married and some had children. Charles Darling was a twenty seven year old widower with a young son. Roy Rumble was a twenty eight year old married man, Thomas Hartley thirty five, was married with 3 children. Stanley Knowles was thirty eight had a wife and two children

And some could be considered middle aged! Andrew Bald (pictured with his family) was 40 and had a family with 6 children.(One (pasted in) was born while he was overseas!) Arthur Capistrand was 42 years old with seven children, these older men were not swept up in the excitement of the day. Did they feel a fatherly need to protect their children from the evils of the world? It’s incredible brave of these gentlemen to face the horrors of war.

In April of 1916 when the men moved to Angus. Camp Borden was just that, a camp. The men would be housed in canvas tents and when not training, would be employed building what would become base Borden. The work was not easy and the weather was cold and raining, it must have been hard on the men, particularly the older men.

Camp Borden World war 1, showing tents to the left where the soldiers would be accommodated.

A typical day started a 530 am. A trumpeter would play the reveille and the men would have a half hour to prepare before going on the parade grounds. O the parade ground they would march and learn to obey orders. Typically after about three months, specialist training was the order. In the first word war machine gunners, sappers and cooks would get specialist training. Time would be spent on hand to hand combat, scaling obstacles and gunnery practice would be fit into their schedules.

It wasn't all training though, for some of the younger men the time was jovial. An event occurred in July of 1916. John Leslie Peacock married Florence Lucas. Florence was the daughter of Robert Stratton Lucas, who was also in training at Camp Borden. Standing for the couple was Ernest Sweet and Rosella Contois. Ernest would go on to send money to his friend Rosa Contois from overseas. I have not found what became of this couple. I can only imagine the emotions that day, war was raging overseas and the men were soon to go, but for one night, maybe a weekend...... This wasn't the last marriage these men would see. At 4 others were given permission to marry, the others were overseas.

Back to the War

However while these boys were training some of the early registrants were fighting overseas. Charles Heber Wright was born on the twenty-sixth day of March 1892 to Presbyterian parents, George Herbert and Jane Wright, of Penetanguishene, Ontario. He enlisted in Toronto on October 4, 1915 at age 23. He was a hardware merchant and was described as single, 5’9”, dark complexion, dark hair and brown eyes. Apparently he had a scar on his left thigh and another circular scar at the base of his skull. Charles was initially assigned to the 4th Overseas University Company then joined the Princess Patricia's Canadian Light Infantry (in the field) on May 31, 1916. He is believed to have died at age 24 on June 4, 1916 at Zillebeke as part of the Mount Sorrell action. One hundred and forty five Canadian boys died that day. He is buried in Belgium in Hooge Crater Cemetery.

The Canadians fought the Battle of Mount Sorrel in the Ypres salient from 2 to 13 June 1916.

Here is how the Canadian War Museum describes the battle.

German Attack in the Ypres Salient

In the summer of 1916, the Canadian Corps held the southern part of the Ypres salient. The Germans attacked the Canadian lines to secure the last remaining high ground still in British hands. They also sought to divert Allied resources from the large offensive they knew was being prepared in the Somme region.

The 3rd Canadian Division, which had been formed in December 1915, was the target of a crushing German bombardment on the morning of 2 June. The barrage devastated the forward Canadian positions and killed hundreds, including the division commander, Major-General Malcolm Mercer. German infantry then swept forward, capturing Canadian positions at Mount Sorrel and on two surrounding hills. A hastily organized counterattack on 3 June failed. Three days later, the Germans exploded four mines under the Canadian positions and captured the village of Hooge.

The Canadian Corps commander, Sir Julian Byng, was determined to retake the lost ground and attacked, after a heavy artillery bombardment, during the early hours of 13 June. In this major set-piece battle, the Canadians drove back the Germans and recaptured much of the lost ground.

The Battle of Mount Sorrel lasted for almost two weeks and cost the Canadians over 8,000 casualties. Having lost the first two phases of the battle, the Canadians achieved victory in the final operation. Careful planning and concentrated artillery bombardments had begun to tip the balance on the First World War battlefields in favour of attackers over entrenched defenders.