Years ago I was to be a chaperone on a school trip to the Simcoe County District School board main office in Midhurst. My son Tommy was in a debate competition, (he was a master-debater) and they needed a driver and chaperon. So I found myself with some time on my hands to look around.

At the back of the cafeteria, there was a collection of artifacts. Had I looked closer I would have seen that they were from the Molson site, but I was too caught up in the artifacts. Coming home I tried to research them, but nothing was written on their origins. Asking around, most didn’t even know they were there.

So over the next seven years, I would periodically return to trying to figure out their origins.

A presentation of the Huronia Chapter of the Ontario Archaeological society advertised that Janet Turner would be doing a presentation on the Molson site.

Frankly it was of interest, but no more interest than any other site.

However, I found I NEEDED to go. It was snowing and blowing and four times I settled on skipping the meeting, each time something wouldn’t let me skip it. The last time I was in the car, snow was falling and I had decided to turn around, but I didn’t. 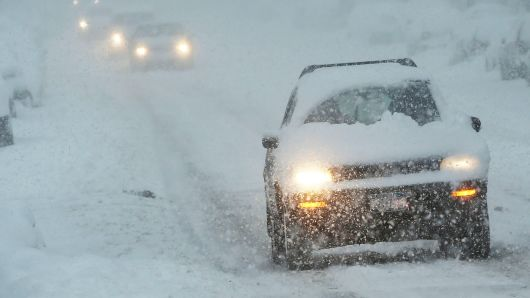 I soldiered on, and I am glad I did.

Part way through Janet’s presentation she mentioned that they had collected the best of the artifacts from the Molson site and put them in display at the School Board. So that was the origins of the Artifacts. 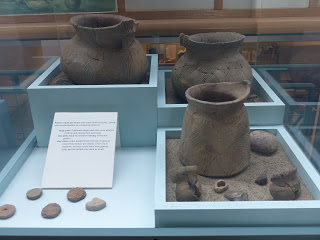 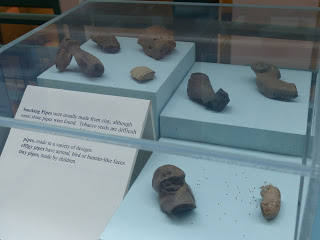 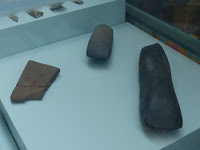 But the story was not finished yet, the artifacts demanded more respect. So I contacted our leader John Raynor and asked if there was something we could do. And he contacted Janet, who had already set the ball rolling. Arrangements quickly were made to move the artifacts to the museum. 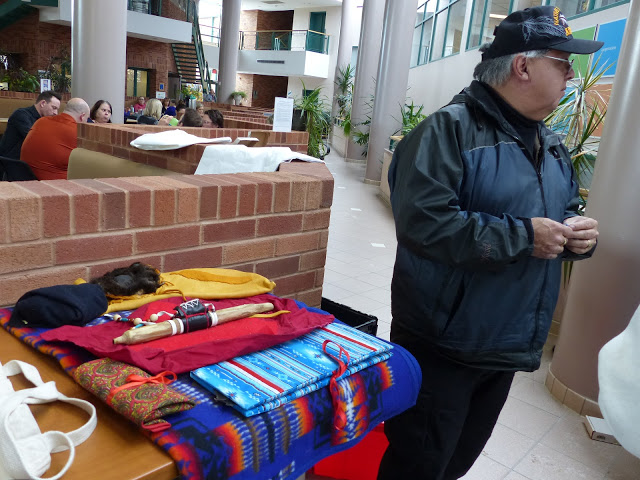 Jeff Monague was called. He brought his pipe and said some

prayers and the artifacts were packed up and moved. Although some in the room may not have respected the spirit of the artifacts, it is important to respect them and understand that they are still with us and still should be respected. The spirits lived with me in those years that I searched for them. I believe they also found Janet Turner and probably facilitated their move to a proper address.

So who were the people who left the artifacts?

They were people of the longhouse, Iroquoian, and most likely slightly pre-contact. There was a small number of metal objects, but they did not dominate the artifacts found. They had set their village on an ancient beach, just off the carrying place trail. The village was not palisaded, so had probably not been harassed by the Mohawk as had their northern neighbors.

The wendat villages were located in interesting locations. This one in Barrie is similar to many around this are of Huronia. IT was on an ancient beach, had wetlands around it and soil suitable for crops. The ancient beaches I speak of are not beaches today, nor were they in the time of the wedat. These are from a time long ago when the water was much higher. At that time the creeks and rivers were above ground but over time the riverbeds were covered. These covered riverbeds make excellent wells, and the wendat knew where to find them.

We call many villages wendat, but I am not sure that is always accurate.. The Wendat had a symbiotic relationsip with their nomadic neighbours the algonquin. Wendat, a Iroquoian tribe coexisted with algonquin for at least part of the year. They would trade food and goods and live in villages together for at least part of the year, and it would not be unusual for the two groups to hunt together.

The site was bulldozed and nothing remains, but hopefully tody we can learn from Janet and the artifacts what it was like here my years ago.

All roads leading to Penetang(A Travelers Guide through Time)